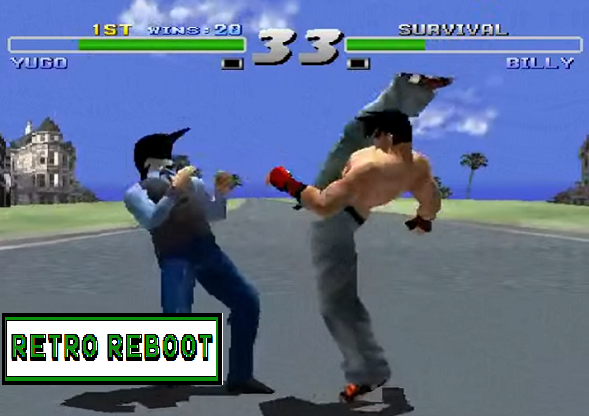 Well, another week, another fighting game that's attempting to emulate something else that was popular. This time, it's taking a step into the 3D world of fighting games. As it's been mentioned before, the golden age of this genre was a bloodbath, with many companies looking to latch onto the popular trends. Tekken, Dead or Alive, Bloody Roar, Soul Edge, and Virtua Fighter were pulling attention away from the 2D fighters, and very much like the Mortal Kombats and Street Fighters, the knockoffs were along their way. Today's review features a game that tried to embody the spirit of Tekken, Virtua Fighter, AND DOA, as Konami threw its hat into the ring with Kensei: Sacred Fist. 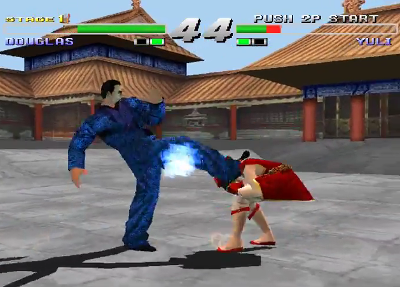 Developed by Konami exclusively for the PlayStation in 1998, Kensei: Sacred Fist is a 3D tournament fighter that is aiming for a more technical and meticulous philosophy and... it's an interesting specimen. You immediately know what this game is going for the very second you view a demo of it, the characters look very Tekken-ish, while the animation and combos feel like a blend between DOA and Virtua Fighter. On the surface, Kensei has the appearance of a competent fighting game. The problem is, there really isn't a whole lot beyond the surface. It isn't even like it's a home port of an arcade version that packs more detail and features to explore. Kensei almost feels like a placeholder or fighting game template that never got finished. 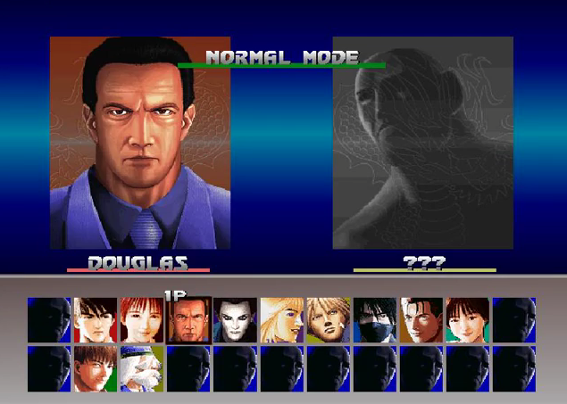 The graphics, it isn't like they're terrible. The 3D models look fine, and the backgrounds are okay. There just isn't any genuine evocation from Kensei that feels like it sparks with ANY creativity or interest. A part of this isn't saved by the fact that Kensei: Sacred Fist has the most boring goddamn names in the history of fighting games. I made fun of Clayfighter's roster of impotent misfits, but I understood it. It'd be impossible to blame anyone for not developing a connection to Douglas Anderson, Heinz Streit, Cindy, Arthur, or Ann Griffith. Am I engaging in fisticuffs, or readying the overhead projector for a meeting with senior investors at Nabisco? 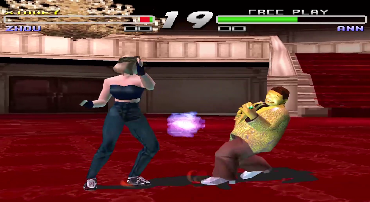 As mentioned before, Kensei is not as fast as Tekken and really tries to go for Virtua Fighter's meta. It's a pretty choppy game, despite the fluid frame rate. It's worth noting that while I found Sega's fighter far more robust and savvy, Namco's Tekken series outmaneuvered Virtua Fighter in terms of global appeal, so Kensei may have bet on the wrong horse by following a more hearty, less accessible fighting style. Even Dead or Alive's arcadey rock-paper-scissors approach has some casual appeal to along with its wacky characters and lovely ladies. Kensei is again trying to copy what the heavy hitters are doing with its visual flair. With its flat menu select screen, bland, lifeless characters, and zero sense of identity and attitude, there is no way this was pulling attention away from the other franchises. 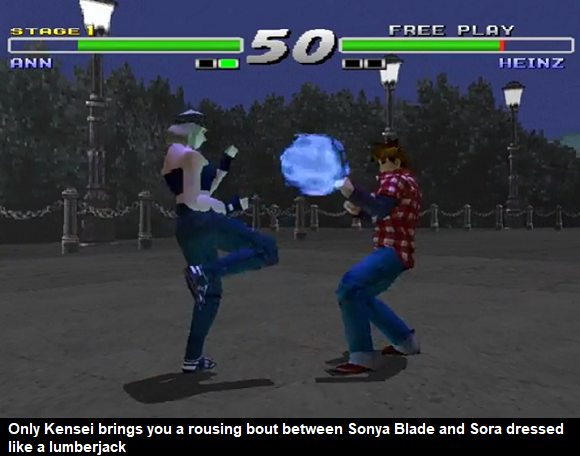 Does this make Kensei necessarily bad? Not really, in my opinion. Some sluggishness aside, this game actually plays alright. Maybe not overly impressive, but if you can get by the Ambien that is the presentation, there's a chance that one would find, maybe not a FANTASTIC fighting game, but one that plays decently enough to add to the archives. 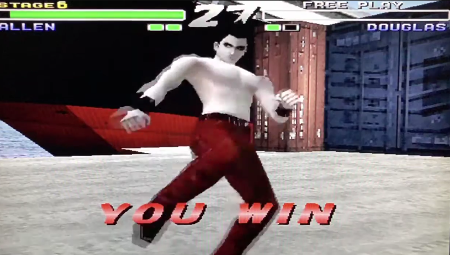 With a punch, kick, and a guard, it clearly hearkens to an arcade format akin to the aforementioned Dead or Alive and Virtua Fighter. The characters each have diverse fighting techniques, from your overall standard martial artist in Yugo Sangunji, to shoot-fighting grappler Ann Griffith, defensive-minded counter style Douglas, and my personal favorite, the ghostly white Muay Thai kickboxing expert goth simply named ALLEN. There are a ton of characters to unlock, and many of them are skin swaps of the base roster that act as sub-bosses for the main characters. This is a playbook ripped right out of Tekken, as in its early years, the unlockable fighters were for the most part palette swaps with some mild tweaks to their play style. 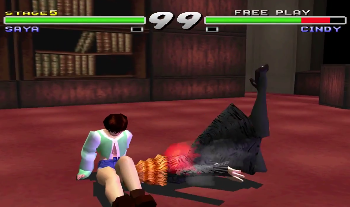 Kensei hits good notes with the combat, there are a few tiny details I like, such as fighters hopping over low sweeping kicks when defending properly. That's a nice touch, that I don't see from other 3D fighting games. Kensei also utilizes sidesteps effectively as tactical defensive maneuvers, at a time where developers were working on how to implement the 3D environment into the genre.

Is Kensei worth going out of the way to play? It's better than garbage like Killing Zone and Vs., but this is overall a very skippable 3D fighting game that just doesn't feel like a sincere attempt for Konami to do anything earnest in the genre, merely throwing a vaguely inspired project to cash in on a growing wave. It plays okay enough, but Kensei: Sacred Fist is the flat 20oz soda of 3D fighting games; you can drink it, but why?