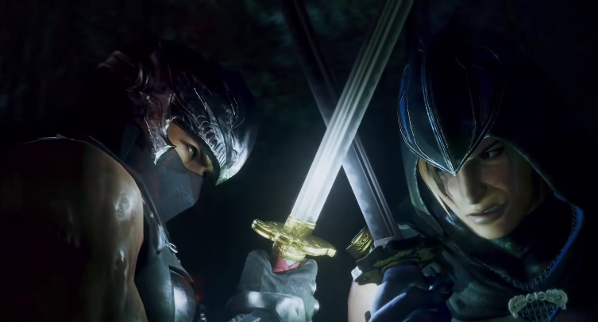 While Team Ninja has been enjoying success of its action/RPG series Nioh, which two entries in has seen more than more than 7 million units sold, and is gearing a marketing campaign around its upcoming Wo Long: Fallen Dynasty, a game based around the Luo Guanzhong novel Romance of the Three Kingdoms, long-time fans of the studio have been itching for news regarding two popular franchises. It's been a while since the base has seen any information about Ninja Gaiden and their fighting game series Dead or Alive.

Based on reporting from Video Games Chronicle, rumors began circulating that perhaps Team Ninja may have had plans to breathe new life into the Ninja Gaiden series, as well as returning to the DOA franchise. This information was speculated upon during a meeting with developers, head of Team Ninja Fumihiko Yasuda allegedly shared a slide labeled "The future of Team Ninja - Reboot of popular series" in Japanese. Images of Dead or Alive 6 and Ninja Gaiden accompanying the text. 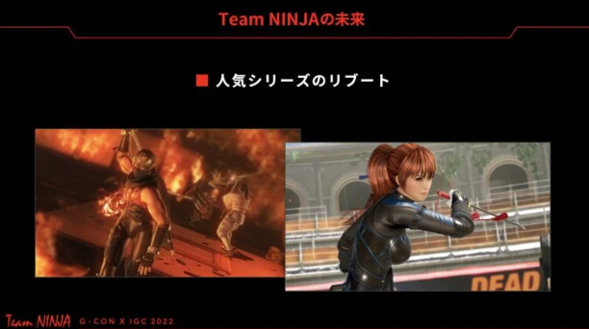 When reached for a statement, Team Ninja verified that while they share the fan's enthusiasm, the immediate future currently does not see either series in their plans.

“Dead or Alive and Ninja Gaiden are both long-standing pillar franchises for Team Ninja. These celebrated titles are synonymous with our studio history and reputation,” creative director Tom Lee spoke to VGC in a statement. “It goes without saying that when speaking about the development of our past and future projects, both of these important titles cannot be left without mention. However, there are no details or information to share on either of these franchises at this present time."

“Like many of our dedicated fans, we share the enthusiasm for the return of these beloved titles. And we will be sure to provide a proper update (if and) when that day arrives.”

The last Ninja Gaiden entry was the spin-off Yaiba: Ninja Gaiden Z in 2014 for the Xbox 360, PlayStation 3, and the Wii, which saw very scathing reviews from the publications and fans alike, citing its repetitive gameplay and level design. Dead or Alive 6 saw a seemingly directionless and tumultuous release that divided fans who did not follow the path the game was taking. Lackluster sales and a player base dwindling saw DOA 6's life span cut short within only a year of DLC, its last update coming back in April of 2020.

Team Ninja's audience will have to wait a little longer to see a return of either series.