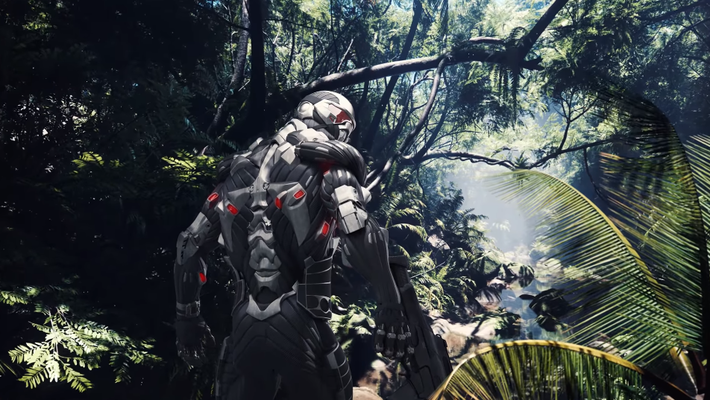 If you've been starved for some Crysis action for the last seven years, here's some good news. German studio, Crytek has dropped a brief snippet of a new Crysis entry...more accurately, a remastering of the original Crysis from 2007. Remaster-mania continues to run wild throughout even the twilight years of this generation.

You’ve been asking. You’ve been waiting.
Today, that wait is over. It’s coming:

Crysis Remastered is coming to PC, PlayStation, Xbox, and Nintendo Switch – the game's debut on a Nintendo platform. https://t.co/81XddigQpN pic.twitter.com/fAPpV0ZJYW

Our recent Game Fix Show podcast had a discussion about Crytek coming out of their slumber recently with a series of tweets, leading speculation that there may be a new video game in the works. A remastering was last on the list of things to be expected. A Crytek employee and engineer had also recently said that the PlayStation 5 is better than the Xbox Series X, an interview that was quickly pulled just as fast as it had circulated.

Crysis' last game was Crysis 3 in 2013. It had received positive reviews, mostly due to its multiplayer over its single player campaign. A Crysis 4 seemed to be indefinitely shelved, as Crytek shifted its focus to more free-to-play games. This remastering might be great news, had the market not already been flooded with polished titles from the relatively recent past. Crysis was already a visually impressive game for its time, the leap between visuals is not all that vast between last generation and the current run of consoles. Perhaps this might be Crytek testing the waters to gauge interest in the possibility of a new game, but that's something else that has become exhausting to see. Using remastered games as glorified crowdfunding can be deceptive and almost curtails game development studios to circumvent innovation or taking much of a chance. The name Crysis is familiar, and nostalgia is very marketable in this climate.

Crysis Remastered is announced for the Playstation 4, Xbox One, Windows, and the Nintendo Switch. No release date has been announced.