PlayStation 5 Reveal: The Console Shows Itself The PlayStation 5's reveal trailer has wrapped up. James shined some details on the library, so let's finally gave everyone a look at the console itself. It had been shrouded in mystery for quite a while, and it can be safely assumed that a global pandemic (I can't wait to no longer have to reference that) put a halt on production, one of the stronger speculations surrounding the hesitation to show it off has been due to issues with keeping it cool. After a lengthy presentation, fans finally got their first look at the console itself after a build of the controller, which was seen several weeks ago. And it's certainly a very different choice when it come to aesthetics. For my personal preferences, I think it's a pretty tacky choice, but it isn't boring to look at. Starting with the color scheme. The primary being white for the shell, with a black body and blue lining comes off to me like a fan made mod suggestion in an effort to look overly futuristic. I don't mind a deviation from the traditional rectangular box designs, there might be a chance this is overly wacky for its own good. I could probably go on forever about what this looks like, and I feel I would never be at a loss for words. Somewhere between a Trapper Keeper from the future sent to protect John Connor or a Netgear Nighthawk router, it suddenly make the refrigerator Series X Minecraft box look rather dignified by comparison. The camera slowly pans over its curves, I was expecting "Directed by Michael Bay" to fade in. If you imagined those black and white public service announcements from 1940 talking about "THE FUTURE" of entertainment, it wouldn't be too out of place if this panned into view. 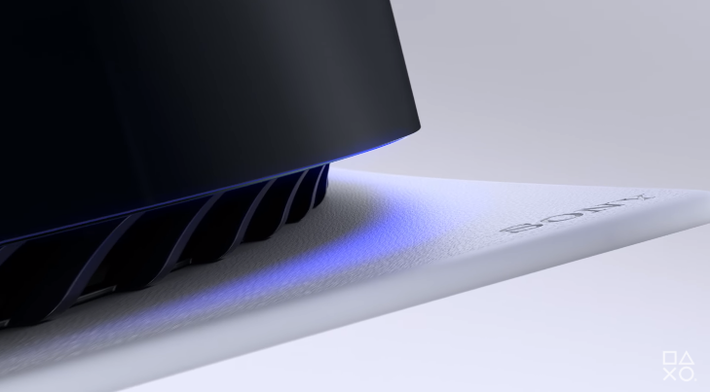 As mentioned before, the high power that's reported to be driving the PlayStation 5 seemed to be too much for any casing and lead to overheating. I trust that the final call on this design was to accommodate airflow and cooling as much as possible. By that standard, it shares similarities with the PlayStation 4, with exhaust ports being inverted. I can't help but feel like this design will be a dust magnet and deep cleaning might be constant. At the very least, it can be laid down horizontally. 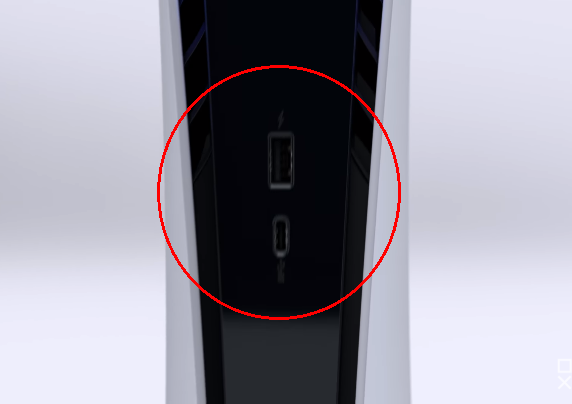 It appears at least from the views offered that there is a single USB port and a direct USB-C port on the front of the console. Would've liked more than one port, perhaps there's more, but very thankful that USB-C ports are finally putting away mini-USB and USB-A, those are cumbersome and finicky as all hell. 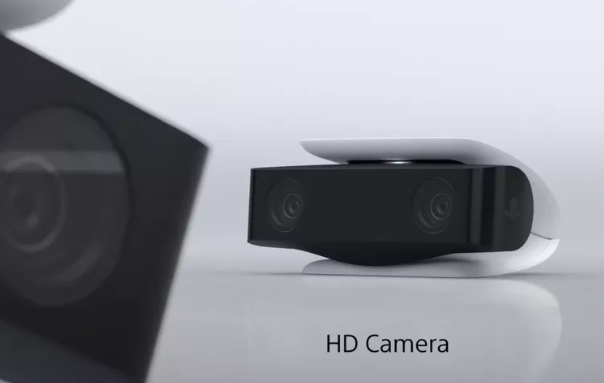 The PS5 will also come with an HD camera. Sony spoke about wanting to be a very streamer friendly platform, and this implementation will reportedly make matters easier for gamers. Pulse 3D wireless headsets with dual noise-canceling microphones, and a voice control media remote that puts me in mind of an Amazon Firestick. The DualSense controllers appear to be the next evolution of the Dualshock. Ergonomically, while it shares a bit in common with its predecessor, I think I approve of it over the Dualshock 4. And the charging docking station comes with it, that's an improvement.

The PlayStation 5 will be sold in two different models, a disc drive version and a digital only. I can't imagine retailer GameStop is very happy about that, but to me this is an indicator of a future where disc drives could very well become a thing of the past. Depending on how matters play out, this could be the last generation of consoles to utilize optical disc drives. Sure, it sounds like pundits have been saying that for a long time, but when you look at the track record of digital sales outpacing physical, it's more of an inevitability. Call me old, but can I have a tangible power button? Like, ON the console? One that doesn't simply put it into sleep mode? Who decided that was an inconvenience that needed to be done away with? I can't quite embrace the future when my cat has the power to shut off my game at will by simply brushing against the machine. 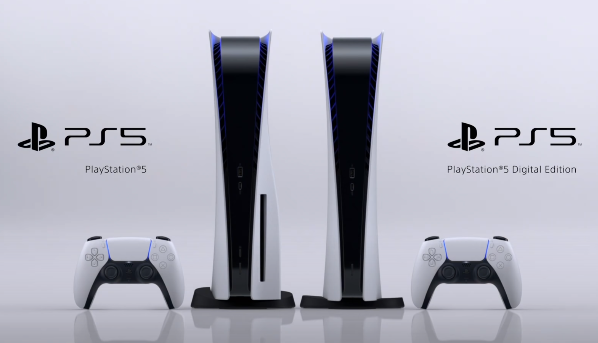 So, my thoughts in conclusion? It's weird. I'm a fan of weird. It certainly didn't take long for the memes to sprout, mocking this vanilla Klondike Bar. Sony does have plans to release alternate color consoles. A black and blue version, and a release to coincide with Spider-Man: Miles Morales sporting a red and black color scheme. Those sound way more preferable than Sony's tofu panini. Okay, okay, I'll leave it alone. I can be happy knowing that the long awaited exhibition of Shinji Mikami's Ghostwire Tokyo will join next generation's line of games.

You appear to play as a supernatural investigator looking into the disappearances that have permeated throughout Tokyo. A lot of this one is still shrouded in mystery, but I action looks very fascinating and I look forward to seeing more from it. What do you think about the PlayStation 5? Feel free to share your thoughts. Does the absence of a price announcement leave you feeling hesitant, or are you essentially sold?