The idea that Battle Royale genre games need to in first person are in the rear view mirror. We know this now because of Nintendo's Tetris 99, which is awesome by the way and free on the Nintendo Switch, go try it. Anyway...

From reading the headline I know what you are thinking, "really, do we need another Royale game?" I say yes and this unofficial Mario Royale game is exactly what we need. 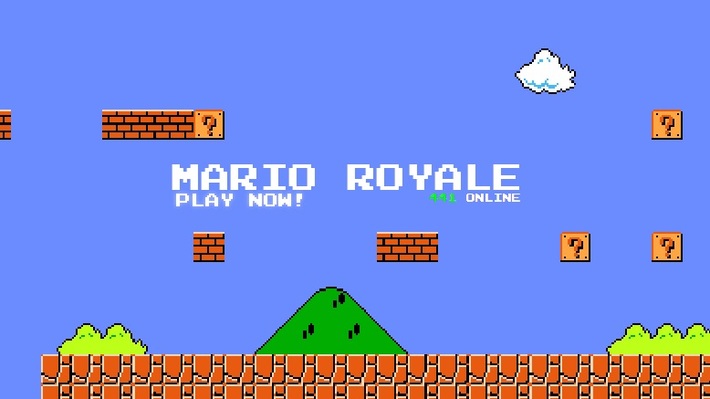 I have already played over a dozen times and it's fun and super challenging. The game was made by a single young programmer who goes by InfernoPlus on Youtube. With his first game that he says he built from the ground up, it's safe to say this kid has a bright future in video game programming.

The game is simple to understand and is currently available to play for free on your browser. He also boasts on his Youtube that the game was created in 3 weeks and even is PS4 controller compatible. He then points out most of his games on Steam don't even support controllers. Seems peculiar that a young programmer such as himself can make it compatible but some games still haven't gotten that far. Either way that's another conversation all together.

You can find and support the game at Infernoplus.com. Go play in as much as you can, Nintendo's track record proves that this will be taken down soon. But for now, enjoy it!