Horizon Zero Dawn was a generational defining game for the PS4. Released in 2017, the game was such a success that it racked up awards faster than Billie Eilish. The stand out was its archy-based combat system. Nothing as deep, or as rewarding, has ever been done quite like this before.

When the sequel was announced last year, a lot… 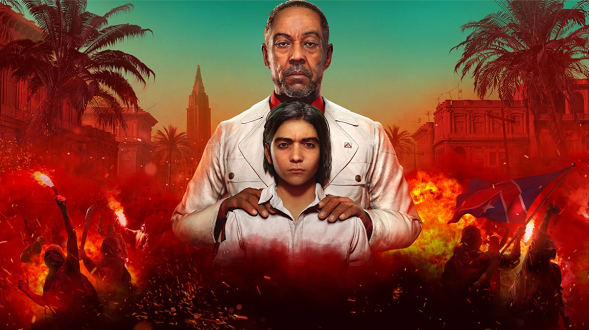 Delayed for eight months due to the Covid-19 pandemic, Far Cry 6 finally sees a window for a release date, and UbiSoft has premiered its gameplay. Taking place in the fictional Caribbean island of Yara, El Presidente Antón Castillo (played by Giancarlo Esposito) is shaping his son, Diego, to take over his rule. You play as Dani Rojas, a guerilla… 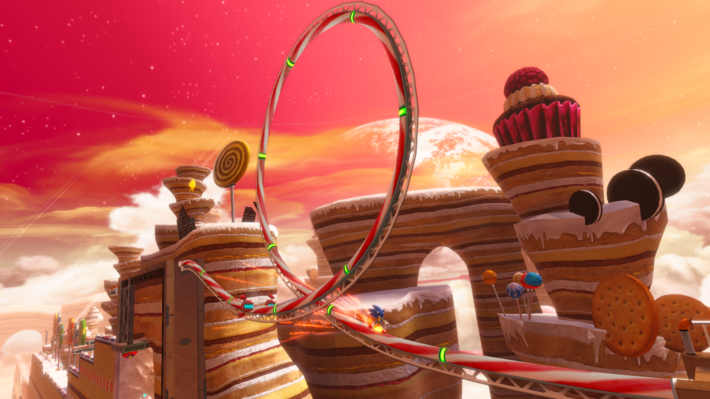 Sonic Colors Ultimate was revealed and will release on September 7, 2021.

Today we received a first look at some of the upcoming projects, partnerships, and events to celebrate Sonic's 30th anniversary. The first installment of… 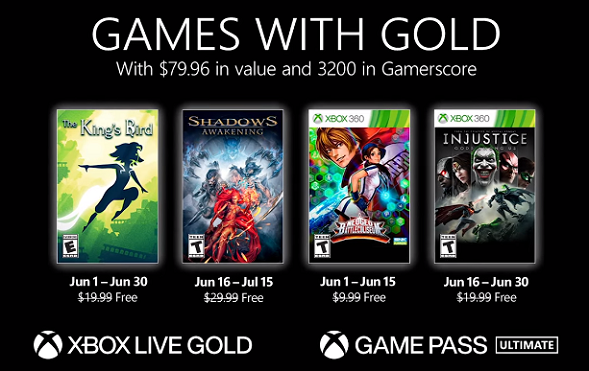 Xbox's Games With Gold lineup for June is up for Game Pass members! Free for this month is the momentum-based platformer The King's Bird, the isometric dungeon crawler Shadows: Awakening. through backward compatibility, the team battle all-star tournament fighter NeoGeo Battle Colesium, and Neatherrealm's Injustice Gods…

Free Games For June 2021: PlayStation Plus 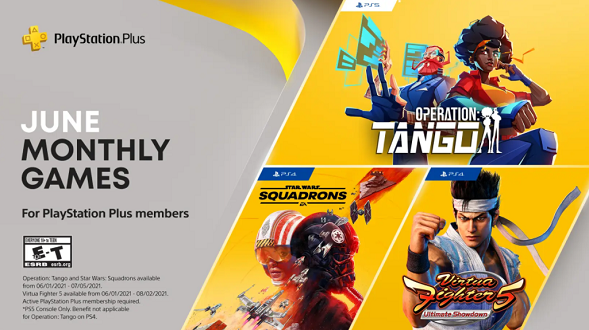 PlayStation Plus has announced their new game offerings for the month of June. Coming exclusively for the PlayStation 5 is the co-op spy adventure Operation: Tango. For the PlayStation 4 members will have the 5v5 multiplayer interstellar dogfight battler, Elevtronic Arts' Star Wars Squadrons, and Sega's 3D fighting game series making… 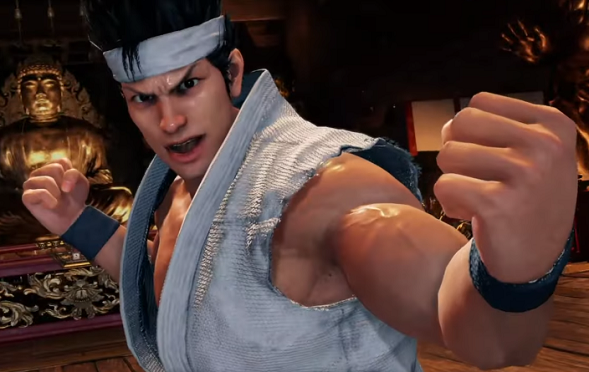 The revolutionary 3D fighting game series from the 90's returns...or at least in a remastered capacity. Initially released in 2006 and ported to home consoles in 2007 on the PS3 and Xbox 360, Virtua Fighter 5 been the last time the community had seen an entry in the series. It had been hinted several months back, but now Sega's iconic franchise is… 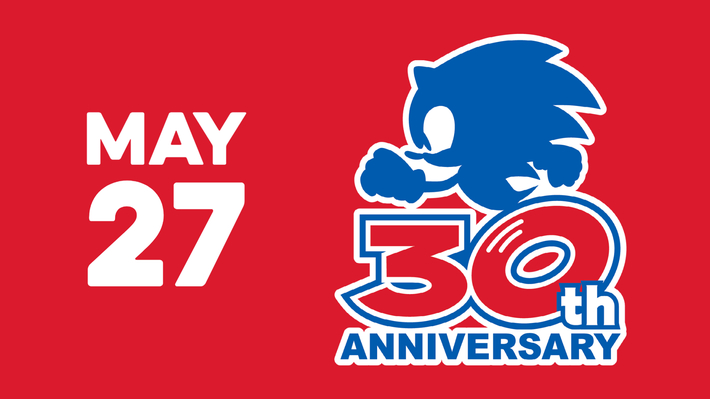 The official Sonic the Hedgehog account tweeted this morning that we're in for some Sonic news this week!

You can watch the announcements on… The long-running jRPG series is celebrating its 35th anniversary in style.

This Thursday, Dragon Quest celebrates its 35th Anniversary. As you may know, we have a special 35th Anniversary Broadcast scheduled for then. In gratitude for all your support so far, we’ll have plenty to announce. And of course, we’ll have more on that game as well……

RETRO REBOOT VS - Who's Tougher, Ghosts 'N Goblins Or Castlevania? 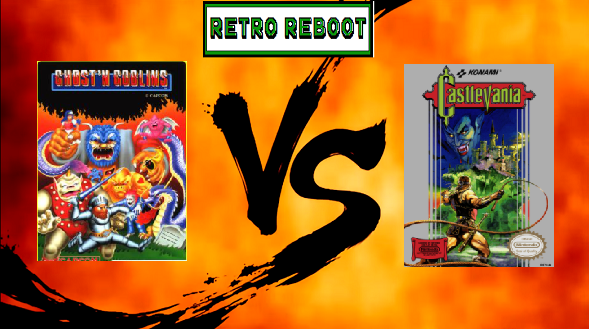 If you had one of these two games in your NES library in the late 80's, there was a good chance that you either stayed up in the waking hours of the night trying to beat them, or you gave up in a fit of frustration and went back to school after a nerve-racking weekend of being knocked into pit traps from Medusa Heads or desperately trying to evade Red… The remasters of Tony Hawk's Pro Skater 1+2 were very successful commercially, selling 1 million copies in its first two weeks, and rekindling a generation from the late 90's the relationship it had with the peak of extreme sports' translation into video games. Those sales figures lead it to being the fastest selling game in the franchise. This leaves… We finally got some new information regarding Overwatch 2. In a 2-hour PvP live stream, the new game director Aaron Keller along with Goeff Goodman (lead hero designer) and Dion Rogers (associate art director) is talking to Matt Morelle AKA MrX (OWL commentator) about what we can expect from Overwatch 2. There is a lot of info to break down and I am… 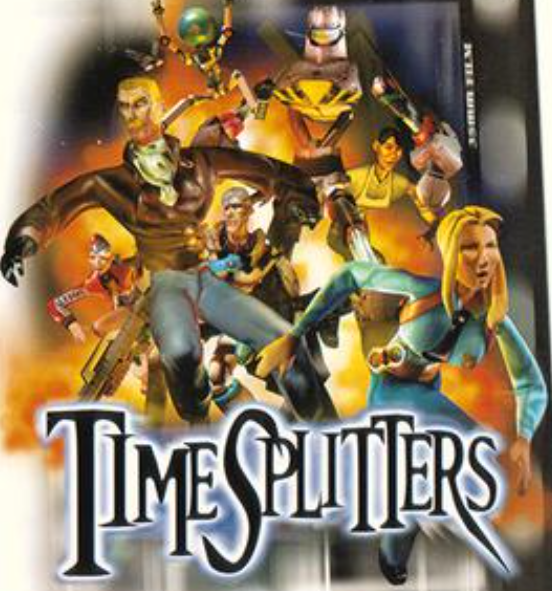 It's been more than 14 years since fans have seen a new entry in the Timesplitters series. Its rights juggled around quite a bit throughout the 200's from developers Free Radical lending publishing rights to Eidos Interactive, to Electronic Arts leading publishing Future Perfect, which came out for the PlayStation 2, Nintendo GameCube, and the Xbox in… 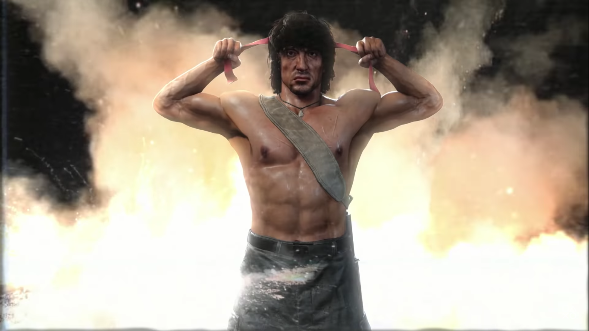 Warzone is about to get a heaping spoonful of 80's action heroes in its newest upcoming Season 3 Reloaded update. In the new update patch, which includes some other perks, Activision will be including the familiar and iconic Nakatomi Plaza from the movie Die-Hard, as well as action heros skins of John McClane and John Rambo.…

RETRO REBOOT VS - Ninja Gaiden Vs Revenge Of Shinobi 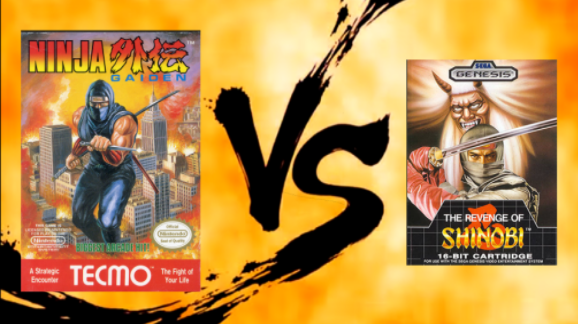 There's never room for a lack of ninja video game praise here on Retro Reboot. The pajama-clad assassins, their art of ninjutsu/ninpo, and their accessories are perfect for gaming. Even as the years went on into the 90's with the success of the Tenchu series, which got their start on the PlayStation in 1998. But before then, there were two prime… 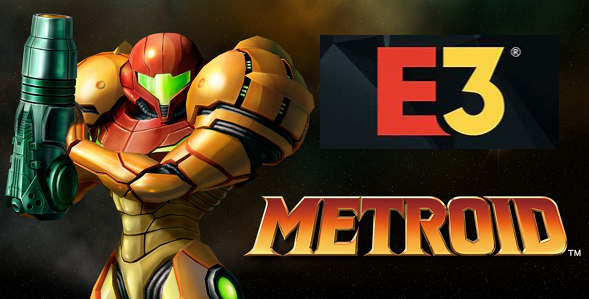 It looks as if Nintendo was planning for the E3 2021 digital event was intended to be a pretty hearty one. The anticipation and surprises are mitigated once again by some information that has allegedly has been spilled ahead of the presentation, as leaks reveal a rather busy remainder of the calendar year for Big N. While some have already been…

Nintendo has updated their My Nintendo Rewards website with some new merch to spend your Platinum Points on! Items tend to sell out relatively fast, so if you have the points and are interested in any of these items, you may want to jump on it sooner…

RETRO REBOOT VS - Mario Vs Sonic The Hedgehog 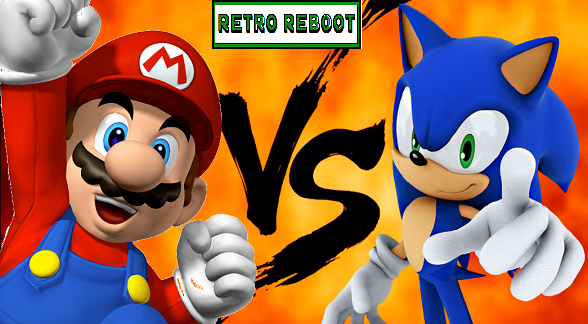 Yeah, it's been absolutely done to death and done more extensively over the decades with Death Battle YouTube vids and such. And yes, the fact that Sega has transitioned to a third party publisher and developer while Nintendo enjoys various peeks and valleys of their success is pretty telling on which brand and franchise has the upper hand. What will… The pandemic continues to provide complications for manufacturing and shipping, and this generation's new console launch has seen many setbacks as far as supply meeting demand. Sony reports that thus far it had sold 7.8 million units through March 31st, and while the company has been targeting 14 million PS5's sold, they admit they have had more than… Uniqlo UT is prepping for a super effective attack on our wallets when the Pokémon All-Stars collection launches in the U.S. in July 2021.

The collection features shirts for adults, women and kids. The adult/women shirts will be priced at $19.90 and the kids shirts at $9.90. Hopefully we'll get a…

Get 50% Off Of Three Years Of PlayStation Plus 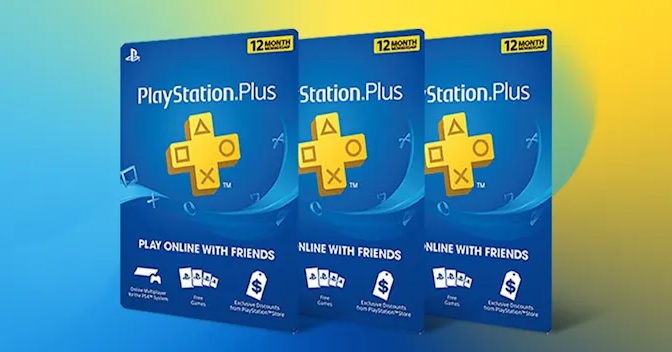