The Battletoads are BACK! Here's a take on the latest 90's franchise aiming to reimagine itself for a new audience! 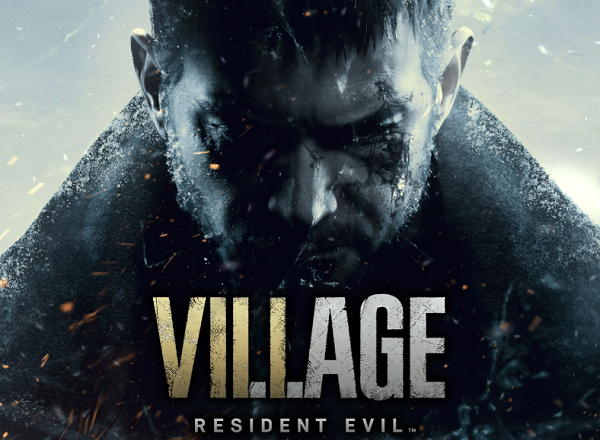 Leaks in the industry have become dangerously commonplace, undercutting developers and publishers' ability to maintain anticipation for upcoming releases. Capcom now has has been critically struck by hackers that not only leaked the cutscenes of its latest entry in the Resident Evil series, Village, and revealing its plot from start to finish, but…

Free Games For December 2020: Games With Gold & PlayStation Plus 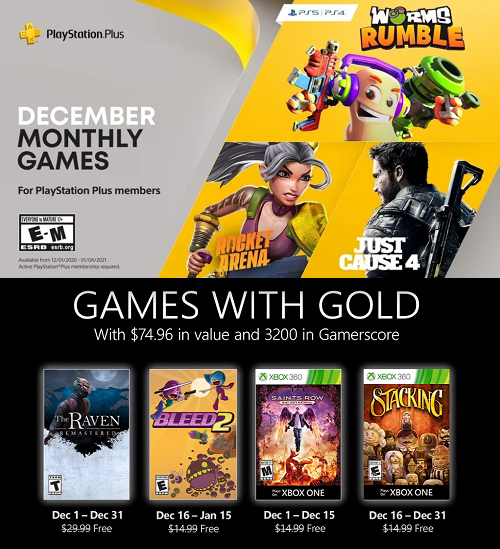 As the month of November wraps up, it's time for some free game for PlayStation Plus and Xbox Live Gold Members. Worms Rumble debuts as a PlayStation Plus title, alongside Rocket Arena and Just Cause 4. Games With Gold is offers The Raven Remastered, Bleed 2 Saints Row: Gat Out Of Hell, and the…

Red Dead Online To Be Sold Separately In December 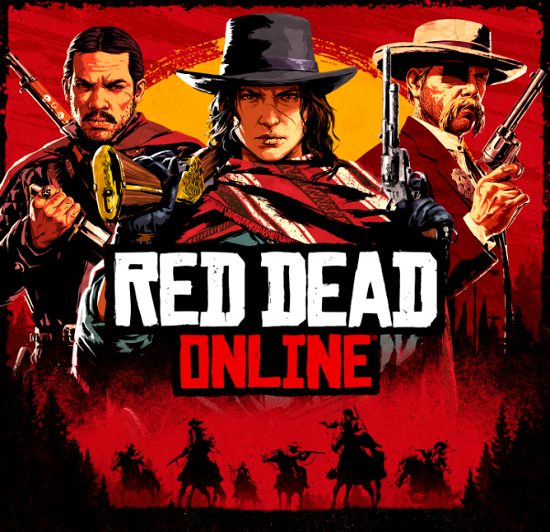 Held back on getting into Rockstar's outlaw frontier trailblazer but wish to forego the offline single player experience? You'll no longer need a copy of Red Dead Redemption 2 in order to play Red Dead Online. Coming next month, digital copies of the online mode will be its own standalone game coming to the PlayStation Store, Microsoft Store,… 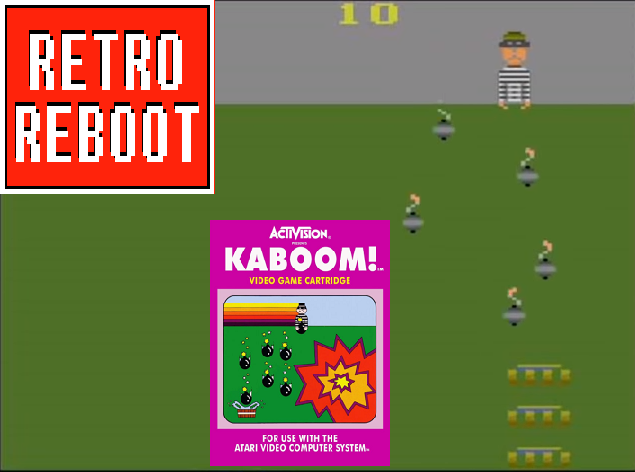 Atari games are certainly primitive by even NES and Master System standards, but there was always fascinating appeal to them that made me come back to playing a few, even after we began to amass a varied Nintendo collection by the late 90's. So something as simplistic and self explanatory as Kaboom! was always one of my more addictive… 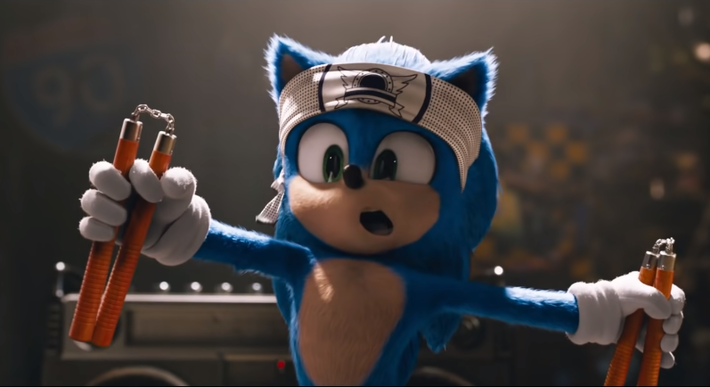 Paramount's first Sonic the Hedgehog film ended up being quite a hit, surprising audiences with its fairly formulaic plot, yet entertaining and heartwarming sense of adventure and well done performances. Netting $300 million dollars at the box office, and overcoming backlash from an initial trailer that sent the internet in an uproar thanks to… 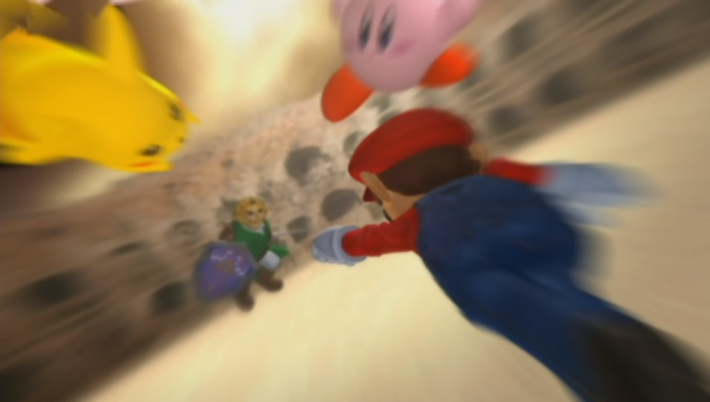 For the first time in seven years, Nintendo moves in to have an online tournament cancelled for use of their intellectual property. The Big House has been the longest running major Smash Bros tournament in the United States since 2011, hosting Super Smash Bros. Melee. Due to a worldwide pandemic putting an indefinite hiatus on live events and large… 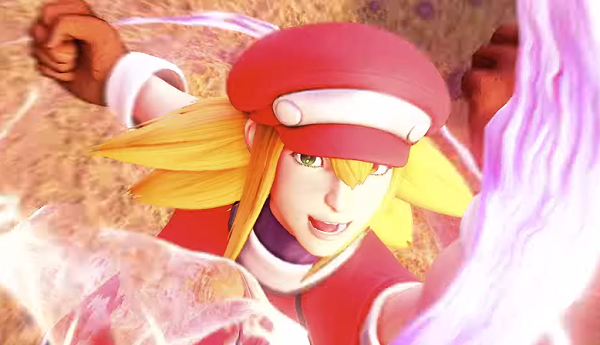 Street Fighter 6 has been speculated to be in development for some time now, even with no official word from Capcom. Street Fighter V Champion Edition's season 5 wasn't necessarily supposed to come to fruition, but internal disagreements within Capcom over the build of Street Fighter 6 and its direction lead it to be scrapped, as its initial…

The Winter Update Lands November 19 on Your Animal Crossing Island Time to scoot your Halloween items over, winter holidays are here in Animal Crossing: New Horizons! Starting Thursday, November 19, a free update to your game will bring holiday themed items and new things to do. … 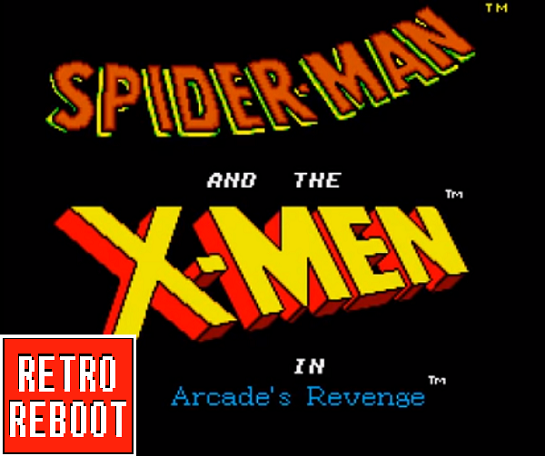 It's time to delve once again into the 16-bit world of superhero games, as I open up this Tupperware container on a game that was another one of those weekend rentals that helped ostracize me from my peers and family, serving as a barometer for all the wrong decisions I've made with this hobby. Spider-Man & The X-Men in Arcade's Revenge preceded…

Daisuke Sato, Yakuza Producer, Would Like To Develop A Sonic The Hedgehog Game In a recent SEGA 60th Anniversary interview with Sega Europe, Daisuke Sato, a lead producer of Ryu Ga Gotoku Studios (colloquially known as RGG) was asked about any of Sega's IPs that he never had a chance to work on, which one he had the most interest in. Sato brought up the Sonic the Hedgehog franchise, and speculated about reinventing what the…

PlayStation 5 Advisory: Don't Put Your PS5 Discs Into Your PS4 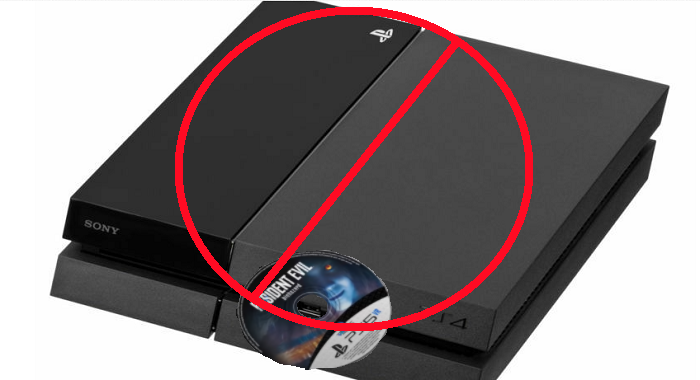 The PlayStation 5 has hit homes over the last several days. Many users still have yet to receive the hardware, but PS5 games and DualSense controllers have been arriving. In the UK, November 19th is the street date, and according to an article from… 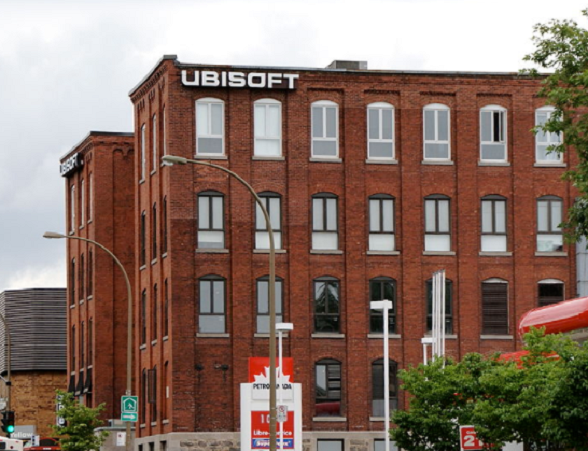 November 13 Friday afternoon, an incident was reported that hostages were being held at a Saint-Laurent office building that housed Ubisoft offices. At about 1pm, a phone call to 911 reported that there was an armed robbery and hostages taken. After the call, employees staffed barricaded themselves in offices and on rooftops. A large number of…

Recap Of The AEW Games Event 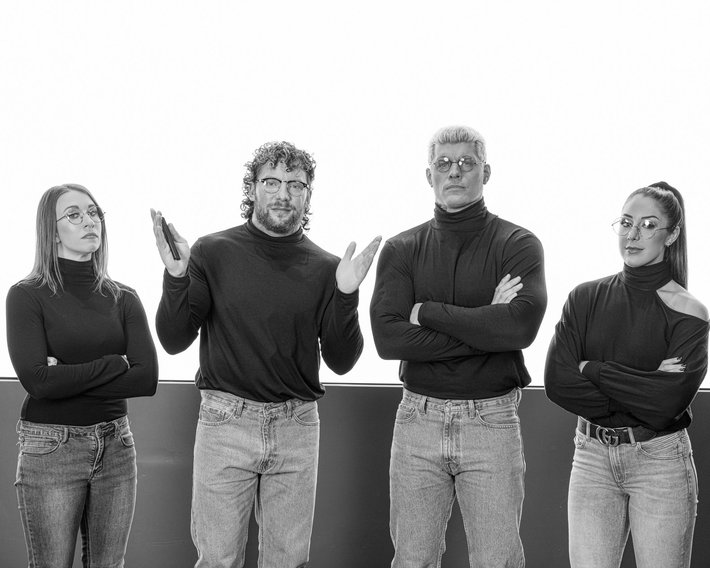 Last night, after much delay, we got news on 3 different AEW games that will be releasing with two of them being mobile games. I am going to quickly cover those games now.

AEW Casino Double or Nothing

Being developed by KamaGames, Casino Double or Nothing is going to be a..… 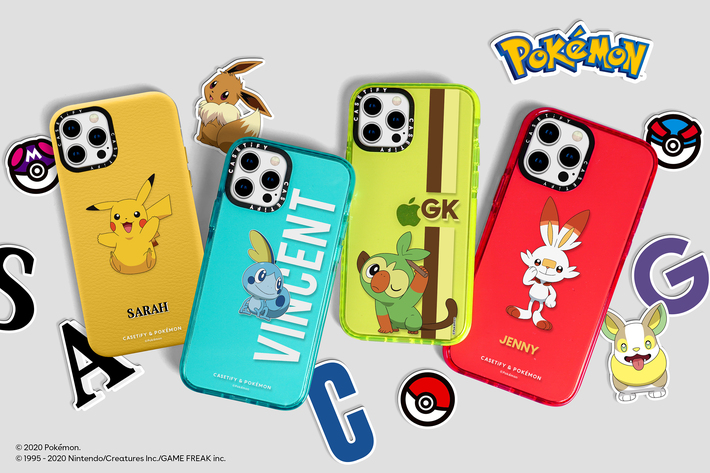 CASETiFY has been gracing us Apple users with Pokémon gear for a while now. They're colorful, unique and fun items highlighting our favorite pocket monsters. The latest drop comes this Friday, November 13 and it features some of CASETiFY's best work yet!

In the upcoming collection by CASETiFY & Pokémon, the “Present Day”… 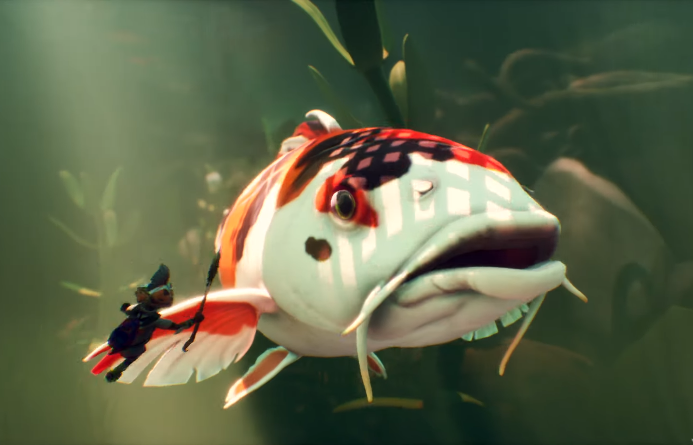 In the wake of Obsidian's backyard open world crafting adventure having eclipsed more than 5 million players, the game's largest update is set to expand the playing field even further by introducing the underwater setting of the Koi Pond. The new location boasts swimming mechanics that will allow for greater exploration opportunities, new crafting…

Three AEW Games Are Set To Be Announced *updated*

Update: The three leaked games have been confirmed. No release date given on the console title or the AEW: Elite General Manager game, but the Casino Double or Nothing title will be released this winter.

Also please note, that the General Manager and the Casino Double or Nothing titles are both mobile games. 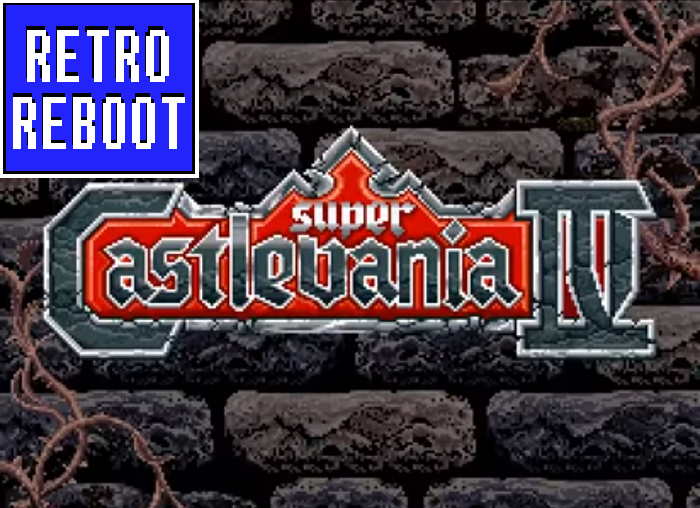 I love me some Castlevania, I talk about the classic linear games an awful lot and I hold them in high regard as examples of superb 2D platforming with great level design, enemy placement, and a strong emphasis on utilizing the intentional flaws in the controls into pinpoint execution. Well, except for Simon's Quest, where the same 'Vania meta didn't… Exclusives for the Xbox Series X on its launch are getting a little thinner. Bloober Team announced on their Twitter on November 6th that several major issues put the staff in a precarious situation to hold off release of the psychological horror-themed title The Medium from a December 10 2020 street date to January 28… 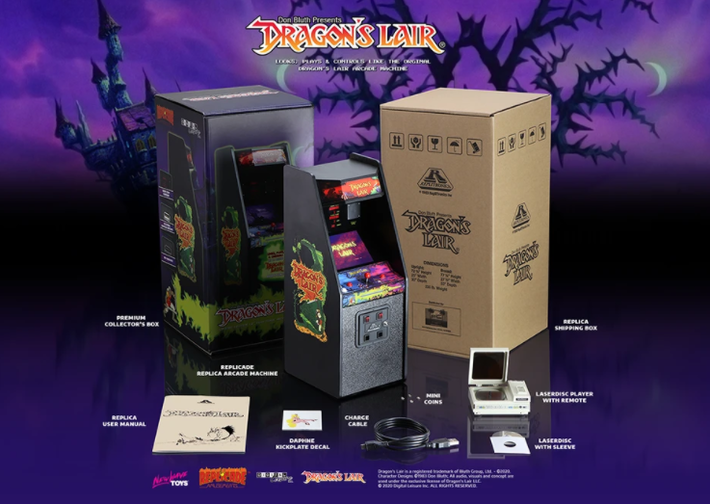 Want to bring the experience of the arcade classic Dragon's Lair to your home? Sure, it's available in other formats now, but thanks to New Wave Toys, the Don Bluth cinematic adventure can be immortalized in what is a very…